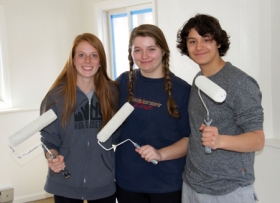 Nestled along Snowmass Creek, the idyllic Aspen Camp of the Deaf and Hard of Hearing has provided a bastion deep within a stimulating natural environment for those seeking adventure and enlightenment for close to 50 years.

Founded on Oct. 2, 1967, the camp offers year-around opportunities for hundreds of people from around the country annually. Family members, campers, and volunteers who have spent time at this wondrous property know that it is steeped with history and exudes camaraderie.

But that spirit is needed now more than ever as campers look toward another half-century of fun and education.

Several of the structures on the 17-acre property were ill-designed to withstand the ravages of winter in Old Snowmass, and must be razed.

Repairs and upgrades will help the camp to evolve and meet its future goals of becoming an international destination, expanding its program offerings, and locking in financial sustainability for the next 50 years through expanded fundraising efforts.

But luckily, the camp has long been the beneficiary of the Roaring Fork Valley community’s generous spirit.

Volunteer efforts are underway to overhaul much of the camp, and people from high school students to Aspen Rotary Club are answering the call.

In the next couple weeks, Rotary members will descend on the camp to help tear down the existing art building, which is suffering mightily from extensive water damage. Local students recently spent their vacation time giving one of the dorms a needed makeover.

Anyone looking to lend a helping hand is in luck. Volunteers are very appreciated at the camp and projects are plentiful to help the nonprofit into the next era.

But funds must be also raised to achieve the overall goal for the camp.

Lesa Thomas, executive director of the camp, said that in the long term, millions need to be raised to cover capital costs of the renovations.

“We have a $15 million plan,” she said recently. “So our goal eventually will be to raise $15 million over time.”

Zack Sisson, office leader, explained that some of the buildings on the site were poorly designed and are warped from water damage, making them uninhabitable. It doesn’t take a carpenter’s eye to hone in on the problem areas.

Thick water lines mark the high point of the now-receded snowbanks, and the snowguards have been ripped free from the roof of the art building. Creative energy still radiates from the structure, painting a mental image of campers expressing themselves through art.

A stage hovers just below the main building, but rot has taken to the boards, which are in dire need of replacement. Sisson adds that there are plans for the stage to be renovated this year.

But while some areas are in rough shape, the dorms are still in decent condition and lend a cozy feel.
Recently, three Aspen High School students volunteered their time at the camp during spring break. The trio, consisting of Ashlyn Dunn, Sabrina Zanier, and Henry Henley, all freshmen, lived at the camp for the week and gave the rooms some TLC and a fresh coat of paint. They also had to relocate an enormous amount of furniture in the process.

“We’re trying to make it a lot more homey for the kids that come here,” Zanier said.

All three have performed volunteer work in the past, and Henley and Dunn added that helping out at the Aspen Camp was a special experience since they remember visiting the property during a grade school field trip.

“In second grade at Aspen Elementary School you come here for your trip for the year,” Dunn explained.

“I can still picture images from when I was here last time,” Henley said. “I remember playing in the yard with hula hoops and seeing the cabins. I have a lot of good memories here.”

He added that a benefit of volunteering is you get to learn sign language while helping the nonprofit organization.

“Members of Aspen Rotary have been really integral in this project in that they have donates the supplies,” she said. “And we’ve had board members involved as well as other random volunteers.”

Doug Baker, program leader, said that volunteers have put in more than 1,100 hours this year so far. The Seattle native started working at the camp last January.

Aging infrastructure must be modernized

Henderson said that many of the structures were built in the 1970s and haven’t been updated over the years.

“So as we move forward, the long-term goal for the camp is actually to renovate our entire facility under a large capital campaign,” she said. “We’d really like to secure that funding in the next five years.”

The majority of funds come from community donations, but grants are utilized as well.

“We have been really fortunate in that, since 1967, our community has really been responsible for single-handedly funding the camp,” Henderson said. “We have other foundations that we work with, and this year … my goal is to expand our reach into a more national level to kind of reflect the demographic of the kids we serve.”

She added that kids from all across the country, and even some international locales, attend the camp.

“I think that it’s really important that our funding reflects that demographic,” Henderson said.

Sisson noted that between 800 and 1,200 people visit the camp each year, and sometimes more.

“We’re pretty busy most of the year,” Thomas said.

She noted that the entire campus will eventually be renovated, and the students’ efforts are kick-starting the overall project.

“It’ll be a long project, but they are starting our improvements on campus,” Thomas said.

Henderson said the annual operating budget for the camp is roughly $668,000, and anyone looking to offer a financial helping hand to the camp can do so at www.aspencamp.org/donate.

Thomas said the vision is to offer the best camp experience possible for its visitors.

Thomas added that a young woman from India will be attending camp this summer.

“We have kids from around the world,” she said.

The school was originally founded by Reed Harris of Carbondale, whose son was deaf. Thomas said he “wanted a place for deaf people to belong.”

“This is the oldest camp for the deaf in the U.S.,” she said. “We’re also … one of the Top-5 oldest nonprofits in the valley.”

Henderson added that 14 acres of the campus were donated by the Pabst family, and the other three by the folks that own the adjacent Wildcat Ranch.

The camp’s 100-year vision is to possibly someday have satellite camps around the U.S. and in places like Costa Rica. A beach location that is focused on culture is envisioned, as well as one in Europe that specializes in art, Thomas said.

But for now, attendees can revel in the natural splendor surrounding the campus. On a day in late March, numerous deer roamed the adjacent hillside gobbling up a grassy, mid-afternoon meal. Pet cats and dogs played their ancient back-and-forth battle, and Thomas even said a big “sleepy-headed bear” had been seen passing through the week prior.

With the Aspen Camp’s 50th year on the horizon, Thomas said that staff recently met with Snowmass Village and an entire week of events is planned for throughout Pitkin County next year.

This year’s annual Deaf Camp Picnic is scheduled for July 16 at base village in Snowmass, and the Pimps of Joytime and Jes Grew are scheduled performers, with another band yet to be announced.

“Next year we haven’t planned yet, but we’re hoping for something big,” Thomas said.

Republished with permission from Collin Szewczyk. 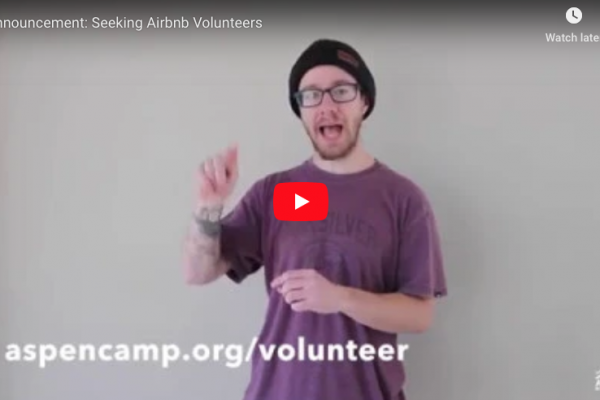 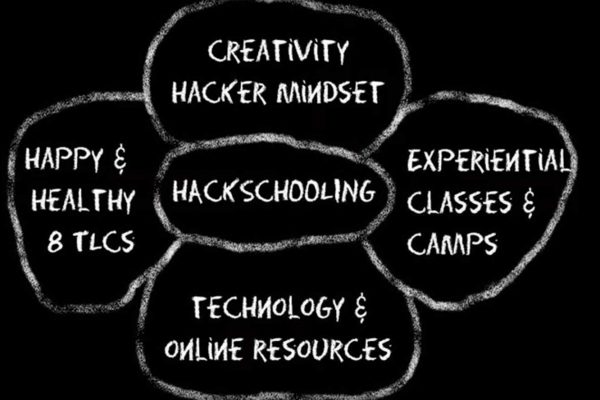 A New Vision For Camp: Hackschooling